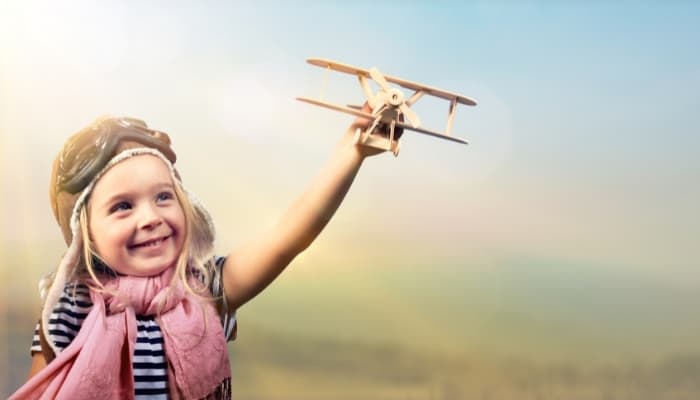 I asked my son, “How much freedom should parents give their children?” His answer was, “All of it.”

Freedom is important for all people, but it’s a difficult power to bestow upon children who are still learning about themselves and their place in the world.

*FYI, some of the links in this article about how much freedom should parents give their child may be affiliate links. If you click and make a purchase, we may get a commission (at no extra cost to you). For more info, please see our disclaimer.

How Much Freedom Should Children Have?

Children need to have enough freedom and space to grow and mature while also being protected and guided. Trust is an important part of the parent-child relationship. When it comes to freedom, the balance between too much and not enough is a delicate balance.

Freedom is the absence of domination. It’s the ability to act and speak without restraint. Freedom is something that everyone desires, but how much is too much?

How Much Freedom to Give a Toddler?

Freedom doesn’t start as soon as a child is born. A baby is fully dependent upon a parent from day one.

However, those early days of swaddling, nursing, and diapering don’t last long. Once a child starts to crawl, they start craving their independence.

A toddler, walking and grabbing everything in sight, learns what it means to have a strong will.

A little independence goes a long way during the toddler years. It starts with choice. From the toddler years through pre-school age, children need choice rather than fully realized freedoms.

For example, instead of saying, “What snack do you want?” ask, “Do you want grapes or apple slices?” Instead of telling a child to wear a specific outfit, show them two different ones and let them decide.

Choices like this give children a taste of freedom while leaving the parent in the driver’s seat. Children learn how to make good choices, and parents begin to learn to have a looser grasp on the child’s reins.

How Much Freedom Should a School-Age Child Have?

The elementary school years offer a new type of independence. A child naturally has more freedom when they start school. They choose their friends, their recess activities, and the crayons they use for art.

This is also a time when they begin to truly learn about themselves. A child eating a school lunch may realize that they don’t like corn, but they do like carrots.

In the classroom, children might find that they love math but are bored by geography. Learning about themselves in this way makes them desire more freedom in their daily lives.

As parents, we fear that giving our children too much freedom might be dangerous. We have difficulty finding the balance between helicopter parenting and being fully hands-off.

However, kids this age need to be able to make some of their own choices. Let them decide who they play with, what sports they want to try, and what they wear to school.

Draw the line when it comes to safety (bicycle helmets are a must), health (eating vegetables is non-negotiable), and basic rules (the school dress code must be followed).

How Much Freedom Should a Tween Have?

In my experience, the tween years are the most difficult. This is a time when children are torn between being kids and adults.

They want freedom, but they don’t have the life experience to always make the best decisions. This is a time when parents need to try to remember what it was like to be 11 years old.

The struggle between wanting to be cuddled by mom and wanting to run away from home is never stronger. With hormones suddenly in play, decision-making becomes even more difficult.

Increasing freedom a bit more is the best option.

My children went to sleepaway camp for the first time as tweens. They were able to walk to and from school on their own if they wanted. They were also given later bedtimes and their own cell phones.

How Much Freedom Should a Teenager Have?

During the teen years, children are still learning how to be fully independent. They require less severe oversight but still need a parent to give them rules.

It has been proven that more freedom is good for a teen’s mental health. At the same time, too much freedom might lead to life-altering and even dangerous situations.

Keep rules in place but give kids more space to make decisions and mistakes. Otherwise, they will never learn how to be their own people.

At the same time, parents need to always be there for their children. Kids can’t feel as though they are completely on their own when they still have years before they are grown.

The brain isn’t fully developed and matured until age 25, which means a parent still needs to be there for their kids well past the teen years.

It’s Not a Simple Answer

As it turns out, the simple answer isn’t all that simple. Kids need freedom, but the amount of freedom changes depending on the child and that child’s age.

How much freedom do you give your kids? Share your stories in the comments.

Teenagers need enough freedom to grow and mature, but they can’t have so much freedom that they make decisions that could cause long-term harm to themselves.

It all starts with trusting your child and starting early with giving age-appropriate freedom little by little and seeing how your child responds with that.

At that age, kids should be able to put themselves to bed and do any pre-bedtime activity by themselves.