This article is going to talk about statistics on fatherhood in America.

This article is about the statistics on dads in America. Find out where fatherhood is trending.

I wrote an article previously about What it Means to be a Father. In the article, I talked a lot about the changing media perception of fatherhood.

I also discussed about a fatherless generation that is devoid of male role models and the impact it has on children and the family.

One of the segments I received a lot of comments on was the fatherhood statistics.

So I decided to track down more statistics. I’ve tried to cite the original source of the statistic. And I’ve broken them down into sections as well.

The following is based on the survey the United States Census Bureau does.

As you can see it gives the general state of fatherhood as a whole for the United States.

The numbers are surprising.

I didn’t know there were so many single fathers in America.

In so many different ways society suffers from a lack of fathers in the home.

How a Fatherless Generation Affects Education

When it comes to education, a lack of a father (or father figure) affects kids in many different ways. These statistics will highlight the importance of fathers in the home.

Children both boys and girls, in general, do better when their father or in some cases, a father figure is in their lives.

Even from a health perspective, there’s a negative impact from a lack of a father figure in the home.

For example, children in fatherless homes are twice as likely to be obese than children from a home with an active father figure (2017 U.S. Census).

For decades fathers have had this stereotype of working to “bring home the bacon” while the mother was seen as the nurturing caregiver.

Times are changing and how people view fathers and fatherhood is changing.

Along with that how the dads see themselves is also changing.

Fathers are no longer viewed as the sole breadwinner, and many dads view themselves more than capable of holding down the home.

I’m going to chronicle some of the research I was able to find. Luckily there are several that highlight some of these changing fatherhood trends.

We expect you’ll be surprised at some of these following statistics done by Zero to Three.

Their survey was done using a representative population sample of 2,200 parents who have children from 0-5 years of age.

This might surprise many folks out there, but it turns out the fathers out there (yes your husband) actually enjoys being a dad.

If you thought dads only cared about their jobs, you might overlook that a little bit when you find out

Not only are dads changing stereotypes they’re also changing their family tree. When dads were asked

Are we Doing Enough to Empower Dads?

Do you think enough is being done to empower fathers?

Based on the above statistics fathers play a very important role in the household.

From a social, economic, and health standpoint there is a benefit to children to have a father in the home or in some cases a father type figure.

Please take a second and share the article, so we can get the word out to others. 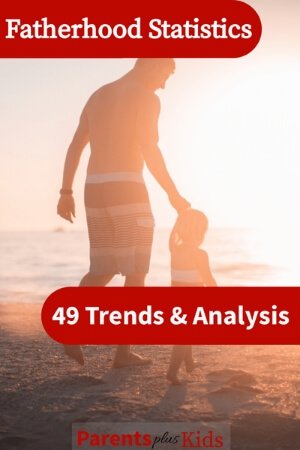