Internet safety is vital for children, but so is privacy. Parents are in a difficult situation when it comes to their children’s internet escapades.

Should they be allowed to surf with no oversight, or should parents observe all internet activity? There may be a third option concerned parents should consider.

*FYI, some of the links in this article about should parents know passwords may be affiliate links. If you click and make a purchase, we may get a commission (at no extra cost to you). For more info, please see our disclaimer.

Keeping a close eye on your child’s internet activity is extremely important for their safety and overall well-being. The way a parent manages that might be putting limits on internet activity, regularly checking a child’s social media accounts, or complete transparency with all internet usage.

Keeping Track of a Child’s Passwords

There is no question that the internet is not always a safe space for kids. They can expose themselves to risk, visit unsavory websites, be harassed or targeted by predators. It’s a scary landscape that parents have to consider before they provide internet access to their children and throughout their young lives.

A parent might choose to keep track of their kids’ passwords to access their social media accounts, but there are other ways that parents could and should stay involved.

A Matter of Age

We bought cell phones for our children when their after-school activities started ramping up around age 10 and 11. It was an issue of convenience for all of us. We did not buy data plans. We disabled wifi and told them the phones were only for calling us during emergencies.

It didn’t take long before both of my children balked at the idea of not being able to text their friends, so we made a deal. They could enable wifi and text friends, but only with my oversight.

Messenger Kids allows children to connect with friends without having a public profile. I also have to verify every new friend that is added, so I know exactly who my children talk to and, if needed, what they are saying. With this app, I don’t need to remember yet another separate password to look through her texts.

The most popular social media apps require children to be no younger than 13 to make accounts. Of course, many sidestep this requirement. That is not allowed in my family.

Trust Your Child But Verify

How do you know your children don’t have secret social media? Truthfully, without looking through their tablets, laptops, PCs, and phones, you can’t. You should trust them to follow your rules, but you should also verify from time to time.

My family rule is that all devices must be used in common spaces. We don’t crane our necks around our kids’ shoulders while they’re on their devices, but they are not allowed to hide in a bedroom or bathroom with a cell phone either.

All chargers are in our living room as well, which ensures phones and tablets are not spending the night in bedrooms with our kids.

Naturally, the children have private access to their devices while they’re away from home. We can’t control them at all times. That is when it might be necessary to know your child’s passwords. This allows you to verify that trust when you feel you need to.

Kids Will Try to Keep Secrets

My son excitedly signed up for Tik Tok, Instagram, Twitter, Snapchat, and Facebook on his 13th birthday. He couldn’t wait to become a true part of the internet culture.

A close friend of mine suggested that I follow all of his social media accounts and friend all of his friends to make sure he is not being friended or followed by pedophiles, perverts, stalkers, and the like. I did so and was shocked at what I saw.

Several of his friends had very little activity on their accounts. It was all very vanilla, somewhat boring, and occasional “I love my mom” messages that seemed out-of-place for teens and tweens. This is because of the secret social media culture.

Children who feel they have no privacy from their parents will invent it by having a fake social media account for their parents to snoop on and a “real” account where they can communicate outside of a parent’s watchful eye.

I asked my son about this and he said yes he knew which accounts were real and which ones were decoys. He even showed me a few of them.

They were mostly pretty tame. The language was racier than parents want to see, but there was nothing that I found particularly vulgar, shocking, or dangerous. Still, parents need to be aware that kids are sometimes on their own while online, even with passwords.

The best thing a parent can do for their children is have open, honest conversations about internet safety. Explain the importance of not giving out personal details to strangers.

Give kids the knowledge to make the right choices and the freedom to make mistakes. Young children may need to be given a list of internet safety rules to memorize. There are picture books that provide these rules in story form. 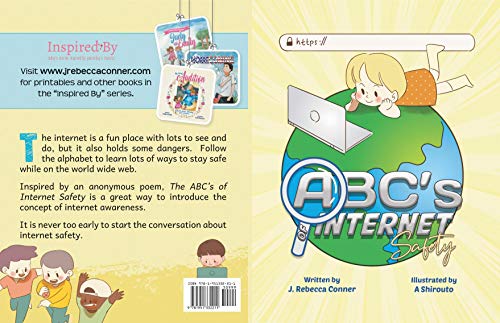 The ABC's of Internet Safety
A great way to introduce the concept of internet safety to your kids.
Check Price

You can also install apps that limit a child’s screen time. This works great for phones, but may not be so great for school-issued tablets and laptops. That said, most school-issued devices have limits on the type of sites that can be visited. Take a look at how those devices are set up and consider enacting the same type of rules on home devices.

You don’t need to spend every waking hour focused on your children’s surfing habits. Just make sure you talk often about what they ‘e seeing and doing online.

Also, set a good example by spending less time on devices yourself. Do you know your child’s passwords? Tell us about it in the comments!

Because they’re minors and you’re responsible for them, not to mention that you’re paying for their phone, you should pay attention to what your child is doing on the internet and who they are interacting with.