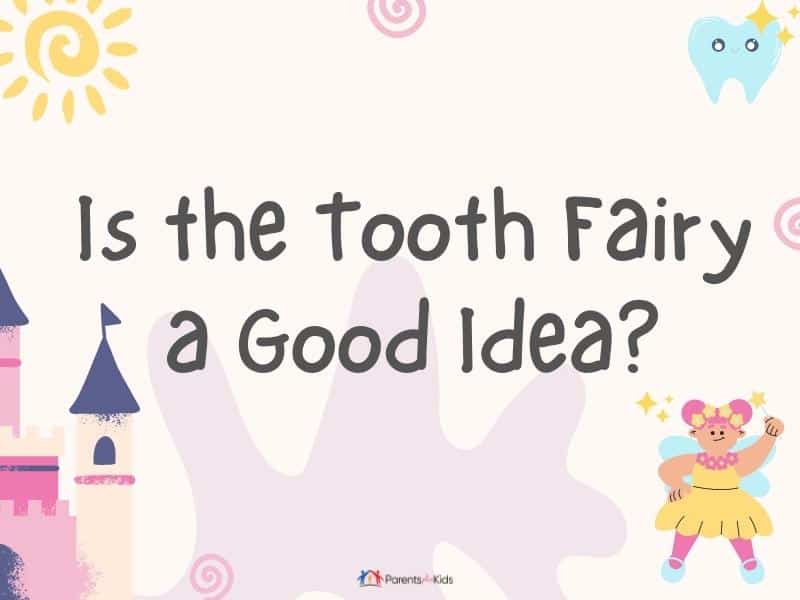 The Tooth Fairy. She is a time-honored tradition among families of young children.

Many parents look forward to pretending there is a Tooth Fairy among us without thinking about the ramifications.

Others worry about the damage caused by introducing mythical creatures. What is a good parent to do?

Is Telling Your Child About the Tooth Fairy a Good Idea?

Should I tell My Kids There’s a Tooth Fairy?

There are two distinct schools of thought about whether or not parents should tell their children that there is a Tooth Fairy.

Some parents adamantly argue that the Tooth Fairy adds to the wonder and mystery of being a child. It is harmless and fun.

Other parents believe that telling children there is a Tooth Fairy is dishonest. They fear it will damage the trust their child has in them.

As with most parenting issues, there are pros and cons to the Tooth Fairy. You should weigh these before making your final decision.

The Pros of the Tooth Fairy

Losing a tooth is frightening to most young children. A good way to soften the blow is with the promise of a magical being that will turn that tooth into a present.

2. It is Fun For Children

Kids enjoy fantasy. A lot of them will realize fairly quickly that the Tooth Fairy is an imaginary creature but they will go along with it because it is fun.

Imagination is a wonderful and important thing to cultivate in a child. The creativity that is encouraged by a belief in the Tooth Fairy will add to a child’s ability to problem solve and engage in social interaction.

A child that hears about others receiving gifts from a Tooth Fairy could develop self-esteem issues when they believe they are being shunned by this wonderful creature.

You might think of it as harmless FOMO, but it could cause deep and lasting resentment.

Not Telling Your Child About the Tooth Fairy

1. The Tooth Fairy Can be Frightening

I don’t know many kids who are okay with the idea of a mythical creature sneaking into their homes at night to steal their teeth.

It’s also not the best idea to teach children that it’s okay to allow a stranger in your bedroom as long as they bring presents.

2. It Can Cause Children to Distrust Parents

Kids might start to question their parents once they realize they’ve been lying about the Tooth Fairy. They might believe that vegetables actually aren’t that good for them or that seat belts are unnecessary.

Just because mom and dad said so will no longer be enough for a child whose trust has been compromised.

This is a much bigger issue than you might think. I can name more than one child who has secretly lost a tooth and placed it under the pillow so that they can surprise their parents in the morning with the Tooth Fairy gift.

Those kids then wake up feeling like the Tooth Fairy no longer cares about them.

Parents constantly try to outdo each other. They give bigger and more expensive gifts from the Tooth Fairy so kids can feel special.

The going rate for teeth from the Tooth Fairy is between $4 and $5 but many parents go too far. I know one child whose Tooth Fairy provided a Lego set for each tooth. It’s unnecessary. 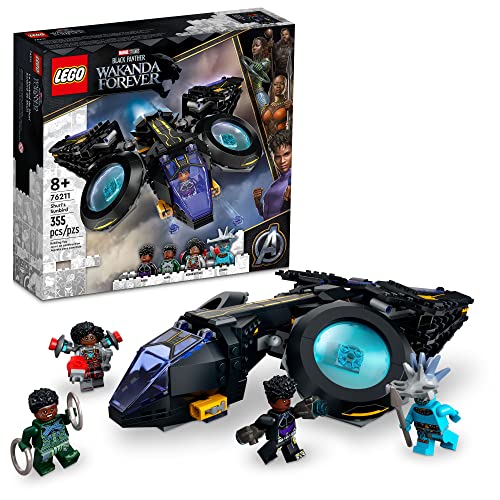 LEGO Marvel Black Panther Wakanda Forever Shuri’s Sunbird
This would get expensive rather quickly if this was the gifts you were handing out for a tooth.
Check Price

What is the Tooth Fairy Anyway?

The Tooth Fairy is a make-believe creature that takes a child’s lost tooth and replaces it with a gift of some type.

The first mention of a Tooth Fairy in the modern sense appeared in 1908 in a newspaper article that encouraged parents to ease a child’s lost tooth with a small token.

However, its roots probably date to about the 10th century from a Norse belief that lost teeth bring good luck.

How Old is Too Old to Believe in the Tooth Fairy?

Most kids stop believing in the Tooth Fairy around the time they catch their mom sneaking into their room to leave a present for them. Depending on how quiet you are, that can happen pretty young.

My suggestion is to make honesty the best policy.

How Do You Decide?

Your decision will be based on careful thought and consideration. Just the fact that you asked the question and you’re reading this article shows that you truly want to know what is best. While I won’t tell you what you should do, I will tell you what I’ve done.

Full Disclosure
I am firmly against telling my children any lies. This includes make-believe creatures like the Tooth Fairy, Santa Claus, leprechauns and unicorns.

I made a vow to myself, my husband and my children that I would never lie to them for any reason.

Other parents have argued with me over the years that there is a difference between lying to children and playing pretend.

Eventually, they will learn the truth and they will be grateful that they had the fun experience of believing in the Tooth Fairy for a short while.

I personally disagree BUT I also understand that point and would never tell another parent that it is either right or wrong to have a Tooth Fairy in the house.

My family has found a wonderful middle ground. The children were taught, as soon as they were old enough, that these types of fantasy creatures are not real but are fun to pretend.

I asked each one if they wanted to pretend and they said yes, it sounds fun. My son said he liked the idea of the Tooth Fairy visiting but could he please not put the tooth under his pillow and instead inside of a tooth pillow. 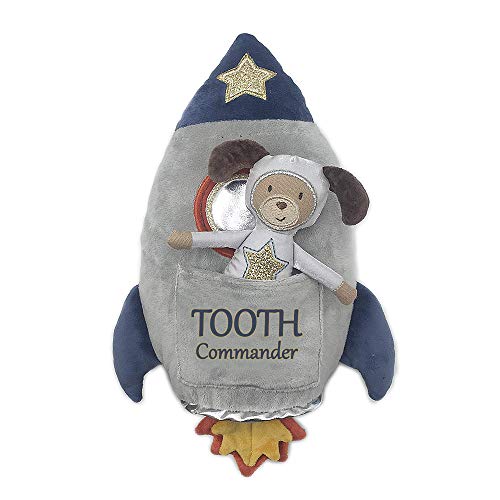 My daughter asked if she could put the tooth in a glass of water and instead of money, could the “Tooth Fairy” bring toys?

We had fun with it for as long as it lasted. Now that my children are older (16 and 12), they don’t feel as though they missed out because they knew the Tooth Fairy wasn’t real.

Do you tell your child about the Tooth Fairy or not? That depends on you. Even if you decide not to pretend the Tooth Fairy is real, there are fun ways to celebrate lost teeth.

What are your thoughts on the Tooth Fairy? Tell us in the comments!