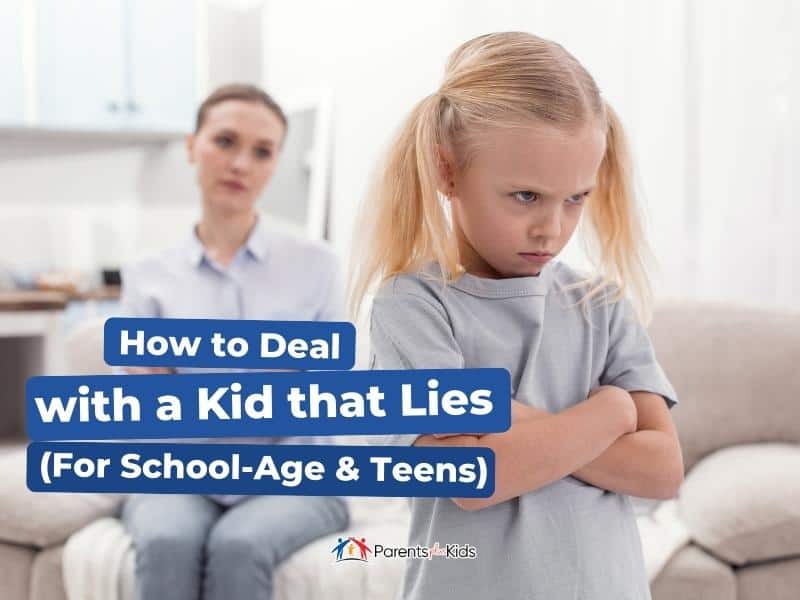 I have a teenager. He’s a good kid, he makes good grades, has nice friends and he’s generally not a troublemaker. He also sometimes lies.

It’s infuriating, but it’s also part of growing up. It’s my job, as his mom, to somehow convince him to be honest. It’s not easy.

*FYI, some of the links in this article about how to deal with a kid that lies may be affiliate links. If you click and make a purchase, we may get a commission (at no extra cost to you). For more info, please see our disclaimer.

How to Manage Kids Who Lie

Lying is part of testing boundaries. This is natural and even healthy. What you need to do is remind your child that they need to develop good habits that will help you to trust each other. Likewise, you need to lead by example. Don’t lie to your children and they are less likely to lie to you.

There are a few books that might help you and your child as you learn the importance of honesty.

Start young with a copy of the classic, The Boy Who Cried Wolf. Another good option for young children is Little Lucy and Her White Lies. 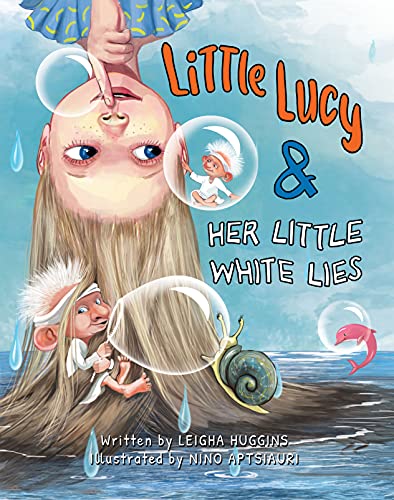 As kids get older, consider a book like What Do You Stand For?. Parents might benefit from reading Why Kids Lie. 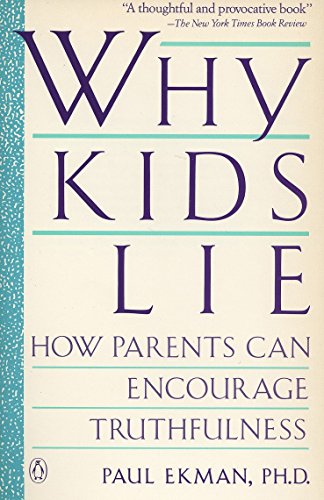 Why Kids Lie: How Parents Can Encourage Truthfulness
Check Price

There are a few different reasons children lie. Understanding your child’s lie is necessary when it comes to changing that behavior.

They might lie because they feel a need for control. A child who feels that they have no ownership over their lives might lie to create a new reality for themselves.

The lie is something that belongs to them and only them.

Take a look at your child’s life to see if they are feeling smothered at home, at school or with peer groups. Giving your child more space might be what they need to stop these types of lies.

Lying might be an act of boundary testing. They need to test their boundaries in a safe environment to see how far they can go before they take a step back.

Though this is perfectly natural, it’s also important to let children know that the boundary is very clear. Lying is always wrong.

They could tell a lie to avoid punishment. This is probably the most common lie. We can probably all think of situations in which we did this with our own parents.

The rule I have established in my home is that the lie will always be punished more than whatever it is they are lying about.

The same is true for larger issues. A teenager might make up a story about how that big dent suddenly appeared in the car door.

When the truth comes out, the punishment should be for the lie and not for the accident. My motto is, “Accidents sometimes happen, lies don’t.”

Explain to your child that honesty is important for establishing trust. Share how you need to know that they are honest with you so you never have to question their integrity.

Unfortunately, just talking about honesty doesn’t necessarily work. My own kids have heard the lecture enough times to recite it by heart but the occasional lie still rears its ugly head.

A big reason children lie is to avoid confrontation. Let your children talk to you openly so they never feel like they have to lie in the first place.

For instance, my son told me, repeatedly, that none of his friends ever do drugs or drink alcohol. Because I have been a teenager and I have met teenagers and I live in the real world, I knew this couldn’t possibly be true.

One day, he admitted that there was alcohol at a party and he wasn’t sure what to do. I made the conscious choice to not react with anger.

I didn’t ground him or tell him he couldn’t go to parties anymore.

Instead, I told him I was glad he confided in me. We talked about the importance of a designated driver and how to manage peer pressure.

Another situation happened just last week with my 12-year-old daughter. A friend of hers was physically assaulted by another child.

She didn’t want anyone to know but my daughter felt like she needed to tell me. My daughter asked me to swear I wouldn’t tell anyone, which I did.

However, I told her that this was a matter that couldn’t be kept secret and I gave her some tips on how to convince her friend to tell her parents what happened.

My daughter was successful in talking to her friend, who then had the much-needed support of her parents.

You can’t just tell your children not to lie and have that be the end of it. They need to see that their actions have consequences.

The degree and type of punishment depends entirely on the situation. Some techniques I have used include:

There are times when you might feel a lie is okay because it spared someone’s feelings. It’s not. If you value honesty, you can’t pick and choose when to uphold that value.

That said, there are times when the full truth shouldn’t be shared. Show your kids how to avoid awkward situations by being tactful.

For instance, if someone shows you a drawing that is not great and asks your opinion, you can say, “I love how creative you are.”

If you meet someone’s new baby and they turn out not to be the cutest baby you’ve ever seen, it doesn’t have to be a “must lie situation.”

You can, instead, comment on how sweet the baby is and how happy you are for the new parents.

Teaching your children by example is often best in all things, especially when it comes to honesty.

Step 6: Change Your Own Behavior

I hate lying. From the moment my children were born, I vowed to never lie to them about anything.

I was berated by other parents for “destroying the magic of childhood” by not pretending Santa Claus, the Easter Bunny or the Tooth Fairy were real.

They were aware of those characters. We even acted out some of the fantasy with the Tooth Fairy bringing presents at night or the St. Patrick’s Day leprechaun turning the toilet bowl water green.

However, my kids always knew that was just pretend.

It gets harder as the kids get older and start asking uncomfortable questions. At some point, the kids will ask where babies come from.

They’ll want to know if you’ve ever smoked or experimented with drugs. They might ask how old you were when you lost your virginity.

These are difficult topics but they deserve honest answers. That doesn’t mean you have to tell them everything. It’s okay to sometimes say, “This isn’t the right time to discuss that.” It’s never okay to outright lie.

Children will also mimic your behavior if they observe you lying to others. If you expect your child to be honest, they need to see that you are honest as well.

As with so many things in parenting, there isn’t one approach that works for every child or every situation.

Your best option is to try to understand your child’s motivation and adjust your reaction accordingly.

Do you agree or disagree? Tell us your story in the comments.