No one wants to be the parent whose child was kicked out of daycare. It is upsetting to everyone involved.

The child, parents, and even the daycare provider are upset by the process. Before enrolling in daycare, parents should learn the policies regarding expulsion so they can be prepared.

Can a daycare kick out my child?

Kids can and do, get kicked out of daycare. There are times that a child’s behavior, among other factors, may lead a daycare to ask that the child not return. Unless the contract stipulates specifics regarding expulsion, a parent has little to no recourse when their child has been kicked out.

*FYI some of the links in this article on daycare kicking out my child may be affiliate links. If you click and make a purchase we may get a commission (at no extra cost to you). For more info please see our disclaimer.

Reasons a Child May Get Kicked Out of Daycare

There are several standard reasons a child may be removed from child care. In most cases, the daycare provider will first try to work with the child and the parent.

If, after changes have been attempted, there is no progress, a daycare may find it is in the best interests of everyone involved that the child finds a new setting.

Looking for a Good Quality Daycare?

Find an affordable and qualified daycare center that fits your needs.

The most common reason a young child is kicked out of daycare is aggressive behavior. A child that hits, kicks, pushes, or bites are rarely tolerated in a daycare setting.

A parent with a child who has shown aggression in the past should talk with the daycare about what steps they can take together to ensure a more peaceful environment.

A parent who is open about their child’s aggression may find a daycare center best suited to working with a combative child.

There are times that a formerly passive child turns aggressive in a childcare environment. This could be due to the upsetting change in the environment or as a response to other children who are creating an unhappy atmosphere.

A kid who suddenly starts acting out may have good reason to do so. It could be in the best interests of that child to find a new daycare before they have the chance to be kicked out. 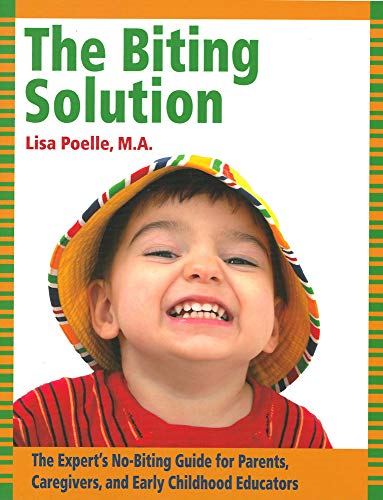 The Biting Solution: The Expert's No-Biting Guide for Parents, Caregivers, and Early Childhood Educators
If you're struggling with a kid that's biting, check out this book.
Check Price

My daughter attended daycare with a kid who did not want to be there. She cried and screamed most days until her mother was called to pick her up.

As a mother myself, I hurt for the child and felt sympathy for the mom. However, as a parent of a young child who was at the daycare, I was angered that my own child was not receiving the attention I felt she deserved because it was all directed toward the disruptive child.

I seriously considered removing my daughter to a more relaxing environment, but before I could do so, the child was asked to leave.

There are other ways to calm disruptive behavior that don’t involve expulsion. Most daycare providers are used to the occasional tantrum and separation anxiety. It is only when these methods don’t work that the alternative may be to dismiss the child.

Related: How to Find a Good Daycare

One of the most important rules in daycare is not to drop a child off when they show signs of illness. Unfortunately, that is also one of the rules that are broken the most often as well.

A parent may not realize that their child is too sick for daycare or may simply not have the work flexibility to stay home with a child every time they have a runny nose. A parent that regularly breaks this rule may have their children permanently removed.

Avoid sending kids to daycare when they are sick by recognizing when they are too ill for daycare. Also, parents need to familiarize themselves with the daycare’s rules.

Most require that a child who is vomiting, has diarrhea, or has a fever stay at home. Others might look for signs of communicable illness, especially pinkeye, and request the child be picked up.

With the presence of COVID-19 a reality, many daycares might have expanded their “too sick to stay” rule to include a cough, runny nose, or even excessive sneezing that a doctor’s note can’t explain.

Looking for a Good Quality Daycare?

Find an affordable and qualified daycare center that fits your needs.

Parents are sometimes a bigger problem than their own children. A difficult parent is sometimes a burden that is not worth it to the childcare provider.

Problems usually come from a parent who repeatedly shows up late to pick children up or doesn’t pay in full. Sometimes the parents are disrespectful to staff or even to other children and parents.

Another type of parental interference comes in the form of too much hands-on parenting during the day. A parent who insists on special behavior for their own child might be too much for a busy daycare to handle. Those parents who mean very well might be happier with a nanny.

Pro-Tip
If you are a mom or dad who thinks that a daycare is not giving your child the special 1:1 care you want, you should consider a nanny.

You can search for nannies here.

If you’re still on the fence about whether or not a nanny is the best fit for your family, check out this in-depth article I wrote comparing sending your child to daycare vs hiring a nanny.

Tragically, a daycare facility may exhibit racist behavior. There have been documented discrimination cases in daycare facilities based on race, disability, and other factors.

Studies have shown that African-American children are more likely to be suspended from preschool and daycare.

There have also been cases of children being rejected from or expelled from daycare if they have same-sex parents. These instances might be cause for a court case.

Any parent who feels their child has been turned away for unfair or unlawful reasons is within their rights to consult with an attorney.

You Do Have Options if This Happens to You

It is not the end of the world if your child is kicked out of daycare. In fact, it could even be a positive change.

What kinds of issues have you encountered with daycare? Share your story with us in the comments.

Yes, a daycare can refuse your child for biting and other uncontrolled aggressive behavior. It’s not going to happen after the first bite but if it becomes a pattern then it’s a safety issue for staff and other kids.

Yes, your child can get kicked out of preschool for aggressive or unsafe conduct.