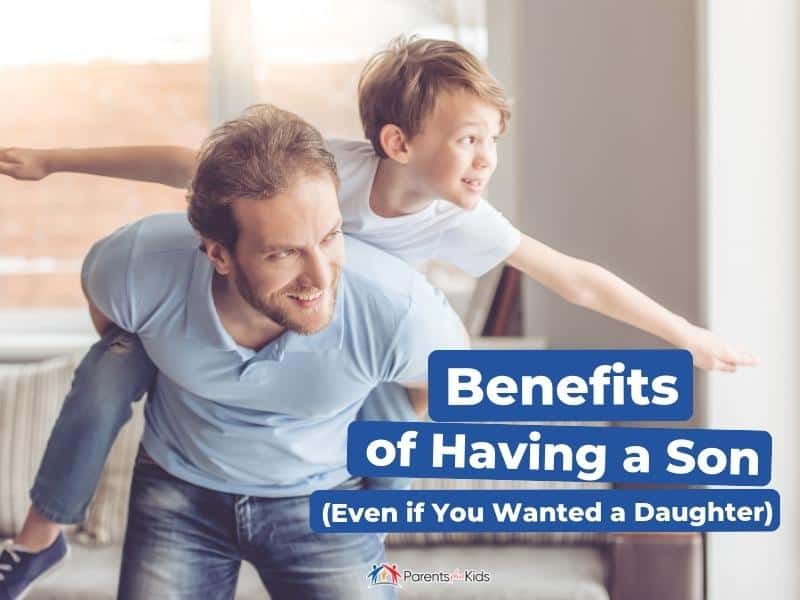 It is perfectly natural to have dreams about your baby before she is born.

You imagine what she’ll look like, how she’ll act and what will drive her passion.

Picturing this wonderful future, it can be a giant curve ball when you find out your baby girl is a boy.

10 Benefits of Having a Son When You Wanted a Daughter

First things first: There is no shame in having dreams and expectations of your future children.

You might feel bad about yourself for being disappointed in having a son. Don’t do that to yourself.

Let yourself have the emotions you need to have so you can rid yourself of them.

Don’t let anyone tell you that your pain isn’t real and that the grieving process isn’t necessary.

That said, I can tell you with some authority that it doesn’t really matter.

Being a mom to both a son and a daughter, I know that they are not wildly different.

When your child is born, you will love him. You will hug him, fight with him, worry for him and hold him while he cries, the same as you would do for a daughter.

Being a parent is its own reward, but there are other benefits to having a son.

1. You Learn About Gender Stereotypes

I am the first to admit that I was guilty of believing in the stereotypical gender norms when I was pregnant with a boy.

I pictured a big, tough kid that liked to wrestle and play sports. It was a bias that my son squashed within his first few years.

My sweet boy loves football but he also loves being in choir and the school play.

He’s tried his hand at basketball, baseball and soccer, but he prefers chess club and the academic team. After football practice, he unwinds by playing the piano.

Yes, your son may fill certain stereotypical gender roles, being a mom to a boy helps you to realize that there is far more to boys than toy trucks and bruises. 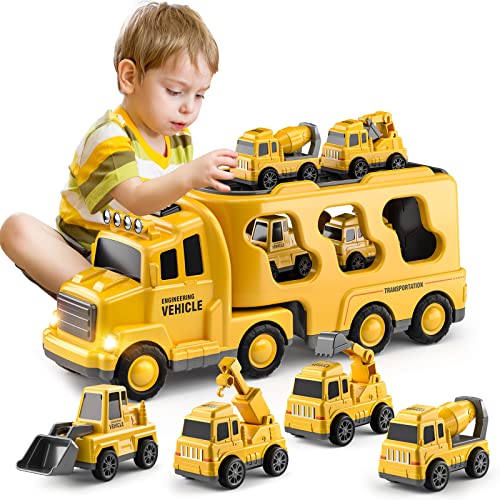 Both boys and girls are complex. They can be many things all at once.

2. You Gain a Better Understanding of Other Men in Your Life

I think one of the reasons I held a belief in the stereotypical gender role of men was because of my dad.

He was a very loud, brazen, angry man with a lot of pride in being a dude’s dude. He liked working on cars, building things with his hands and yelling at people for no reason.

He didn’t allow tears in our house. In fact, emotions were pretty much off the table around him. My two older brothers tried to emulate my dad, so I grew up thinking that was just how boys were.

Having a son has shown me some of the pressures that men face. Even today, when gender roles are more blurred than ever, men are implicitly told that they must be strong, rough and tough at all times.

They must be muscular, athletic, and able to face any challenge. They must be financially successful and unafraid. Seeing my son encounter this pressure helps me to see how my dad and brothers felt.

I empathize with them more and feel sadness that they didn’t have people in their lives to tell them that it’s okay to not be all or even any of those things.

I don’t have scientific data, but if I were to guess I would say that shopping for boys’ clothing is about 99.93949 percent easier than shopping for girls.

This isn’t at all about preferences but availability. Don’t believe me? Hop into the boy’s department of any local store.

You’ll find standard pants and tops that range from plain to name brand to funny.

Now step into the girl’s section. Our local school district has a dress code that disallows sleeveless shirts or crop tops.

Good luck finding any non-winter tops that aren’t sleeveless, cropped or both.

Skirts and shorts are extremely short – so short that we resorted to buying uniform shorts for my daughter so she could wear shorts to school when it was hot.

I can go to one store to buy all of my son’s clothing but my daughter’s shopping takes multiple trips and multiple returns.

You’re probably not worried about teen pregnancy when your child is still an infant.

Those early days will go by quickly and soon you’ll be faced with a child that is nearly grown. That is when you have to start thinking about the dangers of teen pregnancy.

A boy can certainly be in a situation where he become a teenage father. Arguably, having a boy means multiple pregnancies can happen at once.

However, his body won’t be forever changed if he has an accidental pregnancy. He won’t be haunted for the rest of his life by whatever choice is made about the pregnancy in the same way that a girl would.

Do you think I’m too focused on clothing? I have good reasons. Clothing is very expensive.

While kids are young, they sometimes literally outgrow clothes before they get a chance to wear them. What is worse is that girls clothing is usually much more expensive.

My daughter needed new tap shoes. We went to the boutique where the tap shoes were priced at $130.

I sighed at the price in the perfect tone because the salesperson took pity on me and told me a secret.

The boys’ tap shoes and the girls’ tap shoes were the exact same product but in different boxes.

I bought boys’ tap shoes for my daughter for $60 and vowed to always check the boy’s department first when buying her anything that could be viewed as unisex.

6. You Can Help Change the World

Raising a young man today is different than raising one even 20 years ago.

Men are expected to be respectful and conscientious in a way that was not emphasized in years gone by.

Having a son helps you shape the world into a place that accepting of all genders.

7. You Don’t Fear as Much for Their Safety

My daughter knows that she can never go to a public restroom alone. She cannot walk alone outside in public areas.

She has to be vigilant and prepared because danger is everywhere. Her odds are of being sexually assaulted are exponential simply because she’s a girl.

Your son is susceptible to the same kind of dangers as a girl would be but not nearly as often nor in the same percentage.

You should prepare your son for what to do if he is accosted, but you don’t have to be nearly as worried as you would be for a daughter.

8. Most Boys are Taller Than Most Girls

My best friend is a woman who stands at six feet. I have a good friend who is a man who is only a couple of inches taller than me.

People come in all shapes and sizes, but it is true that most men are taller than most women. Why is this a benefit? I am 5’2″ on my tiptoes.

I still can’t reach the top shelf. My 16-year-old son has been getting top-shelf items for me since he was 12.

He’s a lot handier than a step stool. Although, I’m not super fond of watching him crouch lower and lower to hug me.

9. You Will Learn How to Adapt

My best friend was pregnant with her second daughter.

She was excited about having another little girl, mostly because she could reuse all of the same clothing, toys and accessories that were highly feminine and not, in her opinion, suitable for boys.

She and her husband picked out the perfect name and their older daughter was excited to have a little sister.

They were all surprised when the ultrasound that clearly showed a girl turned out to be misread. It was a boy!

She was sad at first because she didn’t want to name her son Elizabeth or have his first pictures be in a pink, ruffly onesie. She immediately went into problem solving mode.

They decided on a name, grabbed some of the more gender neutral clothes from the nursery and said, “Meh, a boy can have a pink bedroom. It’s all good.”

She had to learn to adapt to a situation she wasn’t ready for and, of course, she loves her son. Having a son when you wanted a daughter stretches your mind, love and emotions in a healthy way.

If you’re a woman who has periods and you’re reading this right now, you know what a blessing it is to have one less period in the house. ‘Nuff said.

The truth is, raising a boy isn’t really that different from raising a girl. Every child is a blessing. What are your thoughts on this? Talk to us about it in the comments.